Whatever Kylie Jenner does, it is always out in public, regardless of her relationships or lifestyle. It’s no secret that her wardrobe to her garage; everything is filled with some of the most lavish items money can buy. Price tags are of no concern when it comes time for the makeup mogul to treat herself. Though she has grown a fondness toward each one of her designer handbags, there’s one that ranks superior over them all as it is the only purse Jenner says she’ll rescue if something were to ever happen to her house. If you want your buyers to own some of the handbags just like her, then install leather bag design software.

Though we’ve gotten glimpses of Kylie Jenner‘s various collections of luxury goods, her massive handbag assemblage never fails to leave us green with envy. On May 11, the makeup mogul hopped on Instagram to show off her incredible handbag and shoe closet on her Instagram Stories. In the series of snapshots, Kylie flaunted eight Prada bags, a few Louis Vuitton purses, and even a bejeweled Judith Leiber clutch. She also showed off the two bottom shelves of her closet space, which is completely covered in pricey heels by Christian Louboutin, Jimmy Choo, Yeezy, and more.

Here are a few of the elements that help in thriving in the luxury market: 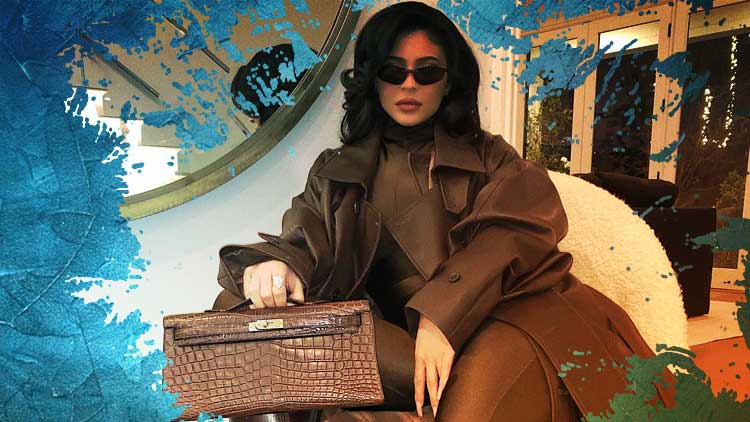 The social media platform has changed the lives of many people. It has become the primary medium to share and influence the fashion style of people. The phenomenon is evident in how these celebrities are using it as a tool to show off their style and tell others how much they can experiment with the look. The bag maker will allow you to post the latest designs on social media sites and gain massive attention from the target audience. Additionally, Instagram is the pioneer in helping designers establish their brands and reach out to the masses. Consider Cj Hendry’s case; she is part of a new wave of self-made Instagram artists who have crashed their way into the art world via the internet.

Through Instagram, Hendry’s photorealistic pencil drawings have reached millions online, and she has made millions selling her work. This is a step outside the conventional approach of finding a gallerist to represent you or accessing a patron or public funds. She has drawn everything from Chanel perfume bottles, Louboutin sneakers, crumpled up Hermès shopping bags, and a Zebra with a Louis Vuitton monogram pattern replacing the animal’s stripes. These were done as an homage to luxury goods, which, in a roundabout way, brought Hendry success in the first place.

Customers increasingly have embraced the ease of buying on their laptops or phones, with the comfort of home. Shoppifort of home g centers across the world has hollowed out with the mass closings of legacy anchor stores, like Sears and JCPenney. Sales at department stores across the U.S. have plunged nearly 40 percent since their peak in 2000. Meanwhile, e-commerce sales have increased by more than 2,000 percent.

As shopping has migrated online, customers have gained convenience but lost some of the magic; there’s nothing fun about clicking a virtual “buy now” button. Brick-and-mortar shopping, at its best, used to be an experience, and no retailer better represented that than Neiman Marcus. That was, of course, before a global pandemic changed everything. Following weeks during which all of its stores were shuttered in the interest of social distancing, late April brought the inevitable news that the company would, at last, succumb to what it had been struggling to avoid—bankruptcy.

What if you could wear just one purse with every single outfit, transforming it from a safe neutral to a bold print in just a matter of seconds? That’s the idea behind Riley Versa, a New York-based company that has set out to prove that “one bag really can have it all.”  Riley Versa’s purses feature hidden magnets and interchangeable covers to take them from the office to the bar, giving fashionistas the chance to experiment with a variety of trends and colors.

Towards the end, we can say that the blog was written to instill you some information on how the handbag industry is evolving. Customization is playing a pivotal role in making the leading brands adhere to the latest shift in demand. If you are willing to launch yourself in this dynamic economy, then you must install the bag designer software by iDesigniBuy. The tool has built-in relevant customization solutions with upgraded technology so that your customers can become influencers by themselves.